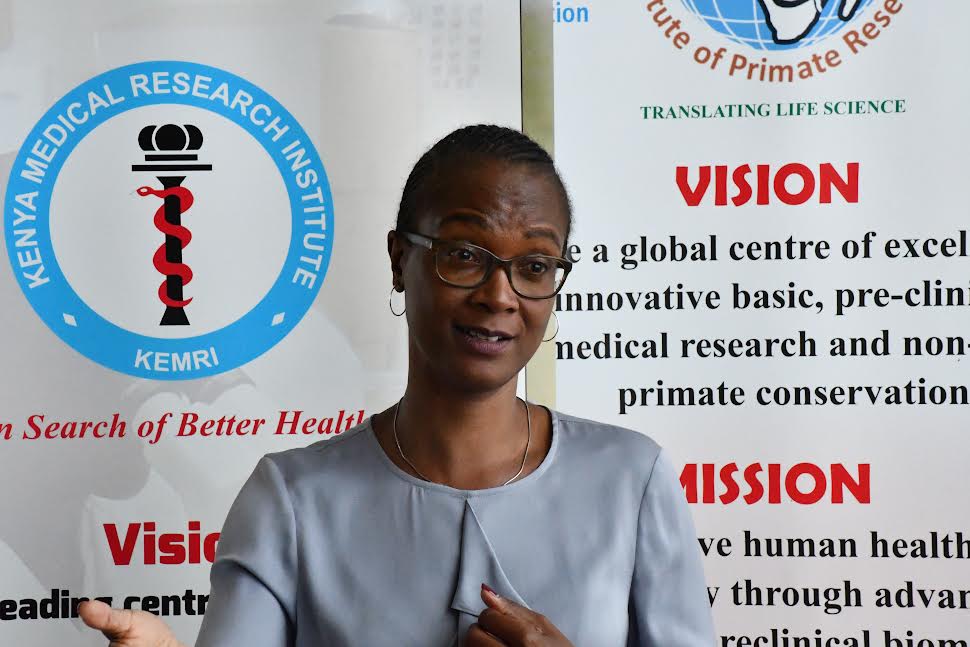 He was rushed to a nearby clinic where upon examination informed that he had sustained a complete fracture of the femoral head which remained stuck in the pelvic socket as elucidated by a CT scan. He told Health Business that this diagnosis was according to a subsequent consultation with an orthopedic surgeon (OS1) in the first hospital (H1).

A quick clinical decision was made to rejoin the head to his femur through surgical placement of screws and plates and the first orthopedic Surgeon1 (OS1) referred him to his colleague, Orthopedic surgeon2 (OS2) in the second clinic (H2).

It is at the second clinic where he underwent the corrective surgery and spent a week in the hospital for recuperation, under antibiotic and painkiller therapy. Later he was discharged from the hospital (H2), booked for wound dressing as per medical advice from the orthopedic surgeon (OS2) in charge.

Two weeks after the surgery he went back to the clinic for wound dressing. Upon examination, he was again admitted to (H1) Intensive Care Unit (ICU) with a septic surgical wound. After three days in ICU, he was moved into the general ward where he was stabilized and improved.

It is at this moment that he toyed around with the idea that AMR as he was being observed and he requested for Culture Sensitivity Testing (CST) to be done but this fell on deaf ears.

During stay at the ward, a negative pressure therapy machine was fixed to suck off discharge from the wound as he continued using oral and intravenous antibiotics.

The wound however continued to discharge and swell; therefore, he sought opinion from the medical officer in charge of third hospital (H3), who opined that the internal co-aptations must be removed in order to control the infection that was not going away.

He was referred to the fourth hospital for removal of the internal co-aptations.

It was while in (H4) that he became too ill and was referred to a fifth hospital (H5) apparently because his kidneys were beginning to fail and they did not have a dialysis machine.

Two weeks later, underwent a surgery to remove the plates and screws under a seasoned lead orthopedic surgeon (OS3), who later revealed to him that he had never encountered such a massive amount of dead tissue in a human being during his time of practice.

Antimicrobial Sensitivity Testing (AST) was then done during this time and two resistant pathogens Citrobacter freundii and Klebsiella pneumonia were isolated from the surgical wound.

The physician informed him that C. freundii was multidrug resistant and was only sensitive to Amikacin.

Dr Kariuki first suspected AMR because during his treatment journey, the first GP failed to correctly read the x-rays, ruled out a fracture and went ahead to prescribe painkillers and muscle relaxants for 10 days. His first antibacterial susceptibility testing (AST) was done very late and should have been done immediately after the first dressing.

Because of AMR incidence his medication cost was so high. The Hospital bill alone cost around USD 30,000, home-based care and Wound dressings by wound specialist, in-house nursing, related medications and physiotherapy also totaled to USD 5000 while Amikacin cost USD. 10 for the full dose.

Every hospital should have a laboratory capable of performing AMR to reduce the burden of care to patients, he observed.

Optimizing antibiotic therapy in the face of growing resistance threat requires a vigilant and accurate antimicrobial susceptibility testing as a critical part of fighting resistance. This means strengthening and implementing bacteriology laboratory and building lab capacity is the cornerstone of AMR containment.

Status of Microbiology Diagnostics in Kenya

The lack of diagnostic results means that healthcare providers are working with a blindfold, unable to identify the specific infection a patient may be suffering from and unable to determine whether patients would benefit from antibiotics.

“There is lack of adequate diagnostics microbiology in the country not very many laboratories in Kenya have adequate culture techniques to help in detecting and identifying infectious processes,” Dr Achieng said.

She added that ID/AST would help in Antimicrobial-resistant data generation and sharing so that hospitals can share data on resistant and likely organisms.

ID/AST would help in Antimicrobial-resistant data generation and sharing so that hospitals can share data on resistant and likely organisms.

“If a patient with a resistant microbe is treated in this hospital, leaves and goes to another hospital that doesn’t know their history, it means that the other hospital will be exposed to the resistant gene and cannot protect its other patients,” Dr Achieng explained.

She added: “The other hospital will also not think of appropriate antibiotic to treat the resistant gene, so the aim of microbiology labs now will be to enable data sharing on resistant microbial across hospitals and the country to have a database that will tell where the patient is coming from and the likely organisms that they have to help in developing AMR prevention guidelines for different institutions.”

According to Dr Lillian Musila, principal research scientist, Kenya Medical Research Institute (KEMRI), microbiology laboratory plays a central role in identifying which pathogens are present in patients in different parts of the hospital such as outpatient, community infections, surgical wards, pediatrics or ICUs.

Expanding the Impact of Antimicrobial Stewardship

Notable Antibiotic Stewardship (ASPs) efforts have already been established at national and county levels, including guidelines for implementing ASPs.

“The common cornerstone of every effective ASP is the microbiology lab. While many hospitals have agreed to implement mandatory ASPs to reduce the misuse and overuse of these drugs, many hospitals have yet to launch robust and effective stewardship teams and programs because they lack the expertise, funding, time—or because it simply is not a priority among hospital management,” Dr Musila observed.

“Kenya is building its AMR surveillance program assisted by many international partners such as the Fleming Fund, Word Bank; USAID which has strengthened lab capacity tremendously in our large hospitals. National and County governments need to prioritize and support this capacity for sustainability,” Dr. Musila said.

Laboratory systems is largely neglected on the margins of health systems in Kenya and Africa in general.

However, the information provided by the laboratory is critically important for disease surveillance and response programs.

“In KEMRI AMR research programs we grow bacteria from samples we take from infected wounds, urine, surgical site and throat infections in the lab. In the lab we grow each bacterium in the presence of a panel of antibiotics to see which one will prevent its growth,” Dr Musila explained.

She adds, “These bacteria and antibiotic combinations can be tested using manual methods or automated platforms. There are international standards that determine what level of growth inhibition qualifies a bacterium to be classified as resistant or sensitive to an antibiotic.”

Reliable testing and data collection is essential to keep track of and slow the spread of resistant bacteria; it is good to note that some patients can be asymptomatic carriers without being sick, unknowingly spreading resistant bacteria.

Empiric treatment can lead to overtreatment of patients with unnecessary antibiotics or the abuse of last line antibiotics leading to extensive drug resistant.

The isolates can be identified through antimicrobial susceptibility testing performed on the VITEK 2® automated platform (bioMérieux, Marcy l’Etoile, France) or disc diffusion, broth and microdilution.

Status of Microbiology Diagnostics in Kenya

According to Jacqueline Karachi, BioMérieux Regional business manager, the journey to stop resistance and spread the awareness on AMR will be powered by diagnostics and partnerships.

BioMérieux- a market leader in invitro diagnostics – offers technologies that are able to collate and evaluate robust microbiology data, that can help physicians to understand which pathogen they are dealing with and inform rational prescribing behaviors and identify where and how prescriptions might be changed and improves the effectiveness of decision relying upon accurate antimicrobials resistant markers.

“BioMérieux being a valued partner in diagnostics offers a wide range of automated bacterial identification and antibiotic susceptibility testing technologies which can relay and feed data to the national antimicrobial program and also archive the data for action with the facility antimicrobial stewardship programs.”

She calls for a collaborative approach to build laboratory systems, saying, “A collective effort is required, involving many different stakeholders.”

BioMérieux is in partnership with organizations such as the Fleming Fund, USAID IDDS, and FSE consortium, amongst others to support Kenyan laboratories install microbiology diagnostics that are able to collect and share high-quality surveillance data on AMR as well as antimicrobial use and quality for human and animal health.

Through technologies like the VITEK and BACTALERT, which helps physicians to identify and perform susceptibility testing considered an important tool to diagnosing and treating infections.

The company also offers The BioFire respiratory 2.1 plus (RP2.1 plus) which uses molecular syndromic approach to accurately detect and identify the pathogens most commonly associated with respiratory infections. There is also BioFire Film Array Torch; multiplex PCR based infectious disease diagnostics.

Lack of data for action

“Data will not only help in providing evidence-based intervention to implement AMR policy but will also help in building local and national capacity to address it, identify sources of infection and show severity of AMR mis(use) and transmission,” he told Health business in a past AMR week event.

Dr Musila says that through microbiology testing, Kenya have managed to pin point some of the most common pathogenic and resistance bacteria such as S. aureus and E. coli, as well for hospital-acquired infections, Klebsiella pneumoniae, Pseudomonas aeruginosa and Acinetobacter baumannii, which are very difficult to eliminate once in the hospital environment.

However, Dr Musila says that there is a paucity of antimicrobial usage and resistance data from import and manufacturing sites, hospitals, community pharmacies, research facilities, institutions of higher learning, and veterinaries because a consolidated national data collection method for end-point AMU is lacking.

While we have proper Antibiotics use regulations in Kenya, existing well laid infection control measures, national antimicrobial resistance action plan and other myriad of AMR policies in place, implementation of these policies is a major challenge.

There is very low public awareness of AMR in Kenya, with most of AMR media activities only pegged around the World Antibiotic Resistance Awareness week celebrated annually in November.

Antibiotics are drugs that kill or prevent reproduction of disease-causing bacteria, without directly harming the patient’s cells.

Because bacterial pathogens evolve far more rapidly than multicellular organisms like humans, over/mis-use of antibiotics, whether in human patients or in livestock or agriculture, results in bacteria adapting to the drugs, leading them to become less effective over time.

As a result, mutation happens that conveys resistance to an antibiotic, a large population of resistant pathogens can rapidly result, and the mutation can then be shared with other lineages of pathogen if they encounter each other.

As more pathogens become resistant to antimicrobials, more people are at risk of developing AMR compromising the efficacy of treatment.

Resistance can develop with remarkable speed. Methicillin-Resistant Staphylococcus aureus, or MRSA first documented in 1961 a year after the antibiotic methicillin was introduced. MRSA is something most infectious diseases specialist’s calls a misnomer, as a pathogen is resistant to two major classes of antibiotics, penicillin and cephalosporins.

This story was first published by Health Business