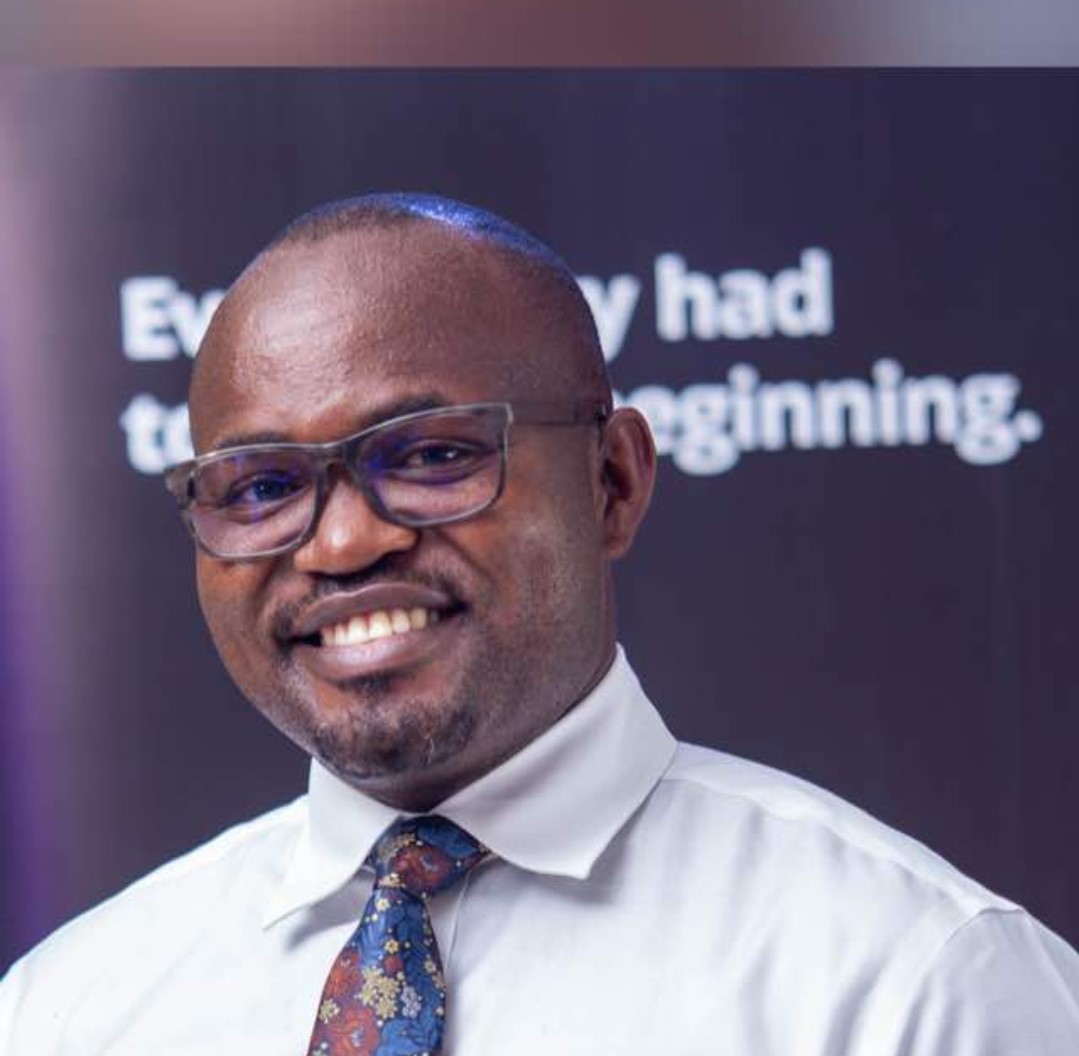 Although Uganda has a law that dictates that antibiotics should only be sold with a prescription, most pharmacies do not implement this.

A study carried out in Uganda found that about 41% of all antibiotic sales in community pharmacies were over the counter, that is without a prescription.

“At its root is a flawed profit model for the distribution of drugs — many pharmacy owners are more interested in increasing sales than withholding antibiotics from a patient that doesn’t actually need them. And many people would rather go straight to the pharmacy than spend additional money and time at a health clinic to get a proper diagnosis,” Alice Akiiki, a pharmacist says.

Akiiki adds that everyday people walk into her pharmacy in Kampala carrying old medicine boxes and handwritten notes scribbled with advice from neighbours demanding to be given certain antibiotics. Others come to the shop and despite her prescription for them to take other medicine for example for a cough, they insist that they do not need cough syrup but antibiotics. If she doesn’t give them the antibiotics, they move to the next pharmacy.

The demand for antibiotics is so high, she says, because many people don’t know how to differentiate between a viral infection — which can’t be treated with antibiotics — and a bacterial infection. And often when people come into the pharmacy and get antibiotics, they do end up feeling better in a few days. “But viral infections clear within three days, so it doesn’t mean the antibiotics are actually working,” she said.

Nanskombi Ritah a pharmacy attendant in a village in Buikwe District says, some pharmacy owners do not prefer their pharmacists counseling the customer and advising them not to take antibiotics because they will lose the customer to their competitor who will be willing to sell them the antibiotics.

This misuse and overuse of antibiotics is among the factors leading to the spread of antimicrobial resistance (AMR), the World Health Organization (WHO) says.

AMR is responsible for the death of at least 700,000 people each year globally, according WHO and without action, this could spiral to 10 million deaths each year by 2050, with 4.1 million people likely to be from Africa.

A situational analysis on AMR in Uganda by the Uganda National Academy of Sciences (UNAS) found that there is an increasing trend of AMR in Uganda. Resistance to the most commonly-used antimicrobials (e.g. penicillins, tetracyclines, cotrimoxazole) was in some cases above 80 percent.

Of particular concern was the report of the high prevalence of multi-drug resistant bacteria such as methicillin-resistant Staphylococcus aureus (MRSA) and extended-spectrum beta-lactamase (ESBL)-producers.

In healthcare settings, the prevalence of MRSA varied from as low as 2 percent to as high as 50 percent, while ESBL prevalence ranged from 10 to 75 percent among isolates analyzed. In addition, increasing resistance ranging from 4 to 30 percent was reported among gram negative enterobacteria against carbapenems, a last-line treatment.

Dr. Ibrahim Ssendagire a physician and biochemist working for the department of microbiology at Makerere school of public health and a specialist in drug resistance and testing says that there is an increase in drug resistance based on the samples being sent to their lab.

“From the samples being sent to us, doctors are wondering which drugs to use as the drugs they are using are not proving effective. What we are seeing is that when we test these bugs we find that almost 100% of them are resistant to septrin which is a common drug, about 70% ceftriaxone, about 50% are resistant to ampicillin, about 80% are resistant to amoxicillin,’’ he said.

Dr. Ssendagire says that the most common bacteria they get that are very highly resistant are the hospital acquired infections.

“By the time people come to hospitals majority of them have bugs that cannot respond to antibiotics, because patients start by treating themselves at home with the common antibiotics they have and acquire some degree of resistance,” he said.

“When we find a high rate of resistance we resort to newer higher level drugs which are very expensive like meropenem, imipenem but, we have started seeing an increase in resistance with them. So we are now turning to very rarely used drugs such as colistin and polimoxin.”

Dr. Ssendagire is afraid that very soon those drugs will too become useless hence the bacteria killing people, he however calls on the general public to stop self-prescription and endeavor to complete their doses.

To reduce AMR in the country, the Uganda National Action Plan for Antimicrobial Resistance calls for promotion of optimal access and use of antimicrobials. To achieve this, the plan requires strengthening technical and regulatory frameworks, ensuring availability of appropriate medicines and changing behavior among prescribers, dispensers and consumers. The biggest mandate to accomplish this lying with the National Drug Authority (NDA).

Abiazz Rwamwiri, NDA spokesperson says that classified drugs should only be sold out in pharmacies since we expect pharmacists to sell with prescriptions.

“As NDA the law is very clear, when drugs are classified there is a clear guideline on how they should be sold meaning they should be given out when there’s a prescription from a professional health worker,” Rwamwiri says.

“When we give out licenses to drug shops for example we show them the drugs that can and cannot be procured. We expect a pharmacist to be in the pharmacies who can be able to interpret the prescription and give the right dosage, but still we have a challenge of people who look at patients as clients they just sell drugs.”

Additionally, for a pharmacy to be given a licence, all supervising pharmacists need to indicate to NDA at the time of application, time and duration he /she is expected to be physically present at the pharmacy and also the name with the qualification of the professional auxiliary staff (PAS) to assist the pharmacist during the operational hours of the pharmacy amongother things.

Once the pharmacy has been issued with a certificate of registration, itis valid for five years but should be renewed everyyear.

“We want to help in the fight against selling drugs over the counter without prescription because it is causing AMR and some people take things for granted when we tell them to have pharmacists in their pharmacy,” he said.

It is for this reason, that NDA carries random operations to sniff out pharmacies which are operating illegally without a valid license and without pharmacists that are supposed to prescribe drugs being sold out.

In May, the NDA closed several pharmacies for operating without valid licenses issued by the Authority. In Wakiso District alone, 32 pharmacies (31 human and 1 veterinary) out of 504 were found to be operating illegally, he says.

Since then, 12 pharmacies which did not have pharmacists have acquired them and have applied for a license to carry out their operations.

Rwamwiri notes that such operations occur from time to time but with the Corona outbreak, the activities of the Authority slowed down.

Mayengo Godfrey owns a pharmacy in Wakiso District,his pharmacy was closed by the NDA because of operating without a pharmacist to help in prescribing drugs before they are sold.

According to Godfrey, the state of the economy has not been favourable for him to employ many people in the pharmacy but he was forced to hire a pharmacist for him to continue with his operations.

Just like Godfrey, Annet Kyomuhendo from Nansana Ganda says after her pharmacy being closed by the NDA officials and being shown all over the news she is afraid to open before complying.

‘’They (NDA) told me to get a licence and a pharmacist before reopening my pharmacy, if that licence was for free, things would be different but you have to pay for the license and also pay the pharmacist which is double money, but we have no option because we need to work especially now with all these challenges in our country’’ she told this reporter.

Nasser Wahida, a Nansana resident says that these days it is hard to get drugs without being asked for a prescription letter.

‘’It was easier to get medicine at first, but now they are strict because of what happened on television when they were shutting them down,’’ he adds.

“I have always been taking my prescription letter from hospital before asking for any drugs because I go to Kawaala Health Center 4 and they don’t give us all the medicine but rather write it down for us to pick from pharmacies,” says Kyanda Aaron Mukasa, a client.

He says he likes how the pharmacies are organised these days;

“When you come they ask for a receipt from hospital, they advise you accordingly and explain to you more before giving you the medicine, they actually tell you how bad it would be if you don’t complete the dose.”

However, some residents feel that due to the hard economic times, some pharmacists might be tempted to go back to their old ways of getting money without emphasizing on the prescription.

According to Rwamwiri, some of the challenges they face in ensuring that the pharmacists align with the regulations include drug shop businesses being operated by unqualified personnel when the in-charges are not there. Also, some of the pharmacies are situated in premises which compromise the quality of medicines making them ineffective.

He also noted that many drug outlets close their premises upon sighting NDA vehicles during the operations thus making it hard to find out if their licenses are valid or not.

He however says they are working with the Uganda pharmaceutical society which is the body that regulates the practice of the pharmacists to make sure they instill the necessary guidelines to ensure their operations.

This story was first published in The Community Agenda Newsroom