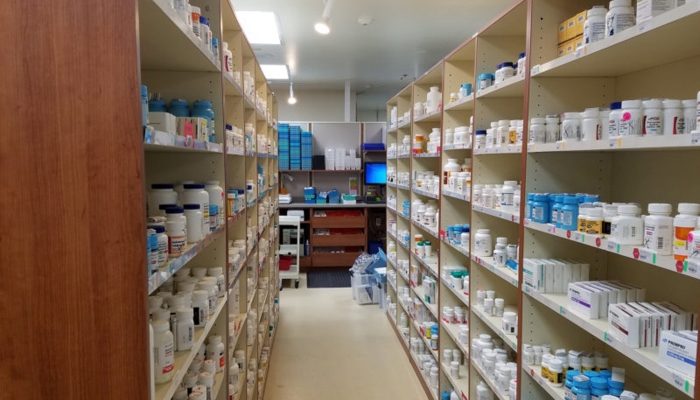 When Clarisse Mukashyaka fell ill with malaria her family tried treating her by buying a low-cost drug from the local pharmacy but her condition worsened. She became bedridden and fell unconscious; she was taken to the district hospital at Kabgayi, a few miles away from their home in Muhanga, a district in Southern Rwanda.

“I felt like I was dying during my attempted treatment at home using drugs from the local pharmacy. I only started regaining energy and full consciousness after [coming to] the hospital.” Mukashyaka said.

Little did she know that the anti-malarial drug administered to her was a substandard medicine.

In some remote settings in Rwanda, some challenges in the detection of adverse medicine reactions to patients make populations vulnerable to counterfeit and substandard drugs, with most of residents sometimes relying on informal pharmacists and traditional medical practitioners.

Despite efforts by the Rwandan Government to distribute basic medicines through the Community Health Workers (CHW), who are deployed across several remote rural regions for quick healthcare interventions, there are still many patients in these areas using illegal or counterfeit drugs sold cheaply by unscrupulous businesspersons

Drugs on the black market

There are no precise figures on the quantity of illegal drugs entering Rwanda, health officials are convinced that there are drugs traded on the black market, and which are ineffective against some life-threatening diseases, such as malaria.

For example, a recent study published in Nature, a British weekly scientific journal found that the loss of efficacy of an artemisinin combination therapy (ACT), the most widely used antimalarial drug in Rwanda, could have dire consequences, as occurred when Chloroquine resistance led to enormous increases in malaria deaths in the late twentieth century for most African countries.

The analytical studies conducted by a joint team of researchers from RBC and the French Pasteur Institute and others from different research institutions in France, UK and USA found that these fake medicines at the market increase the risk of artemisinin resistance developed by the use of sub therapeutic dosages of antimalarials in Rwanda.

As part of national efforts to improve the quality and efficiency of drug therapy, a new pharmacovigilance tool designed to monitor the safety of all drugs has been introduced to help multiple stakeholders in the health sector in Rwanda to assess the side effects of most new essential medicines currently used in mass treatment for malaria in this East African country.

Artemisinin, a core component of the bi-therapy drug against malaria used in Rwanda for the last 14 years known as Coartem did not work on the new strain, according to the research.

In a move to tackle these challenges, the Rwandan government in partnership with health stakeholders developed a system to enhance drug safety through increased monitoring in 2020. The system is meant to ensure the protection of an estimated population of approximately 12 million people, all at risk of malaria, by supervising the effectiveness and the quality of pharmaceutical products used against the disease and ensuring they are appropriately used.

According to Dr Aimable Mbituyumuremyi, head of Malaria and other Parasitic Diseases at Rwanda Biomedical Center, the new tool helps in collecting and analyzing data on overall drug utilization and the adverse drug reactions in a patient who was given one or more medicinal product.

“The tool provides us with information on medicine safety, suspected therapeutic ineffectiveness, and pharmaceutical product quality issues,” he said.

The shared system runs in the format of electronic reporting form where it is completed online through web-based data entry with essential details on patients, medical history and the details of each specific medicine.

With the purpose to prevent the adverse reactions to medicine-related problems, all data collected from health facilities, retail and clinical pharmacies help authorities to ensure the appropriate use of medicines for mass treatment of programs such as malaria, tuberculosis and other vaccination programs.

Based on this information on the potential risks of medications, Rwanda Food and Drugs Authority (RFDA), responsible for ensuring the quality, safety, and efficacy of medicines in the public and private sectors has the final word to approve on routine basis if each concerned drug is sufficiently safe and effective to continue being distributed to the market.

The assessment of a marketing authorization application for a new medicine normally takes 210 days but it also continues with post-marketing assessment to confirm the safety and efficacy profile of the concerned medicinal product.

Due to increased vigilance and surveillance of the drugs market, the RFDA has recalled 21 batches of medicines due to poor quality, and 8 batches were quarantined and are still under investigation, according to official reports.

Rwandan health officials stress that the above guidelines targeting especially wholesale or retail sellers of pharmaceutical products regulates the distribution of drugs with assured quality, safety and efficacy.

But most importantly, according to Joseph Kabatende, the Head of Department for Food and Drug Assessment and Registration at RFDA, key to Rwanda has been to build capacity in hospitals, public or private, health centres.

“Medical practitioners need to be cautious to the fact that delivering information about drug effects is necessary,” he said.

“Efforts are being made to ensure that appropriate medical products are sourced only from approved suppliers and distributed by approved entities,” Kabatende said.

Although important regulatory frameworks and policy instruments are set at the national level, some experts in the health sector say porous borders and a lack of co-operation between neighboring countries still make it difficult to track all fake medicines that circulate in the country.

Professor Justin Kadima Ntokamunda, Lead Researcher at the Department of Clinical Pharmacology, School of Medicine and Pharmacy, University of Rwanda, noted that though some medicines are in use, there are still concerns about effectiveness to some extent.

“Counterfeit drugs are dispensed at a cheaper price in some pharmacy because patients cannot afford to buy genuine medicines. Thus, under medicated patients become vectors for drug-resistant strains,” he said.

Malaria places the heaviest burden on eleven countries, ten of which are in sub-Saharan Africa accounting for more than 70% of global malaria cases and deaths.

This region also reported the highest incidence of falsified and substandard medicines and among the most commonly identified of these is antimalarials.

Estimates suggest that up to 60% of antimalarials circulating in sub-Saharan African countries, including Rwanda, could be fake and may contribute to over 116,000 deaths annually in the region alone.

Another major threat to effective malaria control is antimicrobial resistance which had been declared one of the 10 global health threats in 2019 by the UN agency involved in promoting and protecting health worldwide.

In Rwanda, some drug experts believe that identifying true malaria drug efficacy and effectiveness can be challenging.

“To some extent, substandard and falsified anti-malaria medications are a major threat to public health and this plays a major role on drug resistance in Rwanda” Prof Ntokamunda said.

According to him, there is a pressing need to fast-track antimalarial drug efficacy research as a move to inform which strategies should be adopted to eliminate mutant parasites among the population.

In addition to these challenges, experts note that among other limitations are associated with the fact that there are still few software products available to suit the needs of established pharmacovigilance centre for data entry, storage and analysis.

“Although the pharmacovigilance tool in place is helping relevant authorities to determine the drug safety as well as to explore the pattern of their utilization, but there is still a long way to go in combating the use of falsified medicines which still encourage drug resistance,” notes Fabrice Mugisha, a pharmacist based in Kigali.

This story was first published by Rwanda Dispatch